August 08, 2018
Marla, Christy, Deidre and Brandy are college buds and have been meeting up together at least once every other year since they graduated.  This time they are spending the weekend at a beach side getaway they love to frequent.
They are hosting an open house and they've invited a couple of local folks, Sandra and Carl, who they've come to know well over the years.
While the other ladies are finishing their assigned chores throughout the house, Marla is in the kitchen double checking that everything is ready and making any last minute preparations before the invited guests arrive. 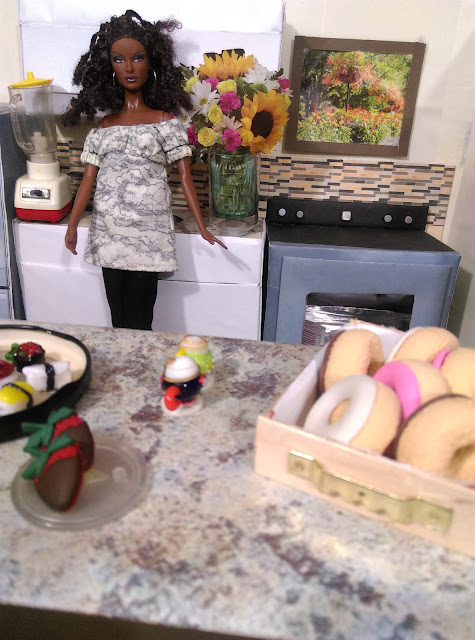 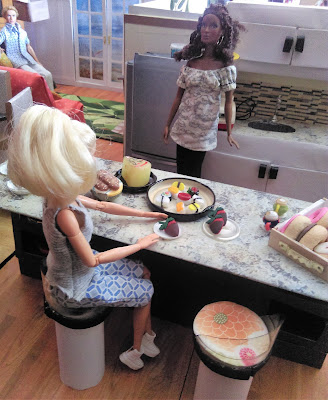 CHRISTY: (sitting down at the counter and starting to munch) Mmmm, looks and smells amazing, Marla.  You are a genius in the kitchen!  You should go freshen up before Sandy and Edmond arrive.

MARLA: Thank you and I was just about to finish getting ready.  Oh, Edmond isn't coming after all but Sandy's friend, Carl, is here (motioning to the living room) and she's in the bathroom.

CHRISTY:  (almost chokes on her food)  What the #$%!  How long's he been here?  Who is he?  I'm not in the mood for a newbie! (snorts and glares at Carl who's engrossed in whatever is on the TV).

CHRISTY: (under her breath)  Thank goodness! 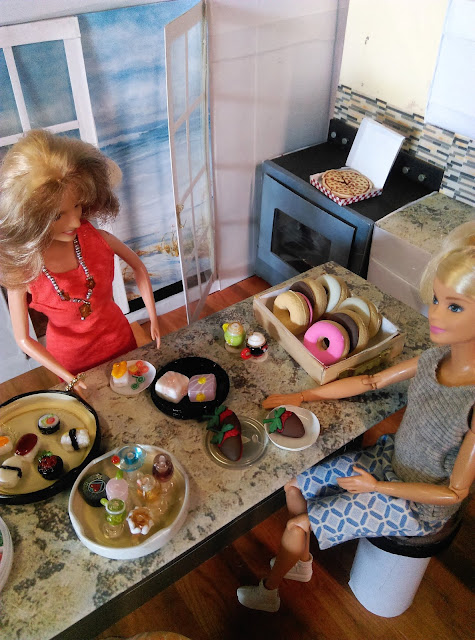 SANDRA: (squealing with delight, gives Christy a big hug before starting to fill a plate) Hey hon!  You're lookin' good enuf to eat!  How ya bin?
CHRISTY: (Chuckles as Sandra's melodic southern drawl always catches her off guard - and she loves it!)  I'm, right as pie as they say (attempting her own drawl but it just sounds weird).
SANDRA:  Mmm, I'd say so!  (lowering her voice a bit and leaning over the counter so only Christy can hear her)  Have you met Carl yet?  Dreamy, right?
CHRISTY:  No, not yet.  So how long you two been seein' each other?
SANDRA:  Oh, honey, no. (she talks in her normal tone)  He's not my squeeze box.  He's new up here for the summer to do some writing.  He's from New York, I think.  I just wanted to make sure he meets as many folks as possible, you know And, he's single (singing).
CHRISTY:  (giggles)   Okay, Ms. Cheyenne Social Club! 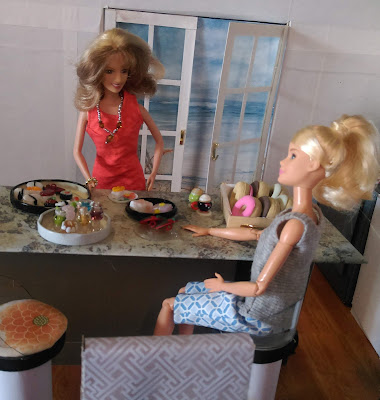 SANDRA:  Yes, ma'am!  (pauses a moment) Is that what you're wearing? I mean, you are putting on a cute lil' frock, right?

CHRISTY: (Laughs uproariously and is teetering on the stool she is laughing so hard)
SANDRA: (stares at her strangely waiting for her to compose herself but it's taking awhile).  Well what the h-e-double hockey sticks did I say?
CHRISTY: (gasping for breath and shaking her head) Oh, gawd- you are priceless.  I need a drink!

Highlights from Episode 2:
1- basically, the party gets started! 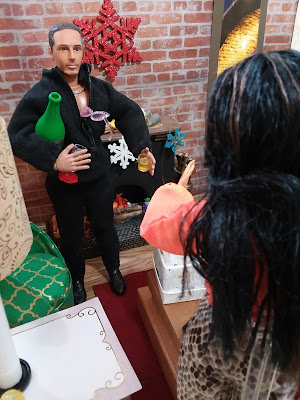 Charles has made his way over to Shante looking like an octopus with every available arm and hand holding something!  Shante jumps up to grab an item before he drops that bottle of champagne! Charles and Shante are quite smitten with each other - she definitely liked what she saw of him at Cecilia's bachelorette party during his strip tease performance!    Marilyn removes the gift box from the table to make room for the champagne bottle and their glasses. CHARLES:  Here, let me pour you some. MARILYN:  (Raises her glass for some too.  After what seems like 10 minutes-but really 10 seconds-, she clears her throat and taps her glass to get his attention) CHARLES:  (He realizes he hasn't paid any attention to his host) Oh, my goodness (he gushes as he fills her glass) please forgive me. I'm so sorry! MARILYN:  Uh, huh.  Just put the bottle on the table. Oh, and my glasses, too!  (he'd forgotten all about them once he set eyes on Shante) End of Ep 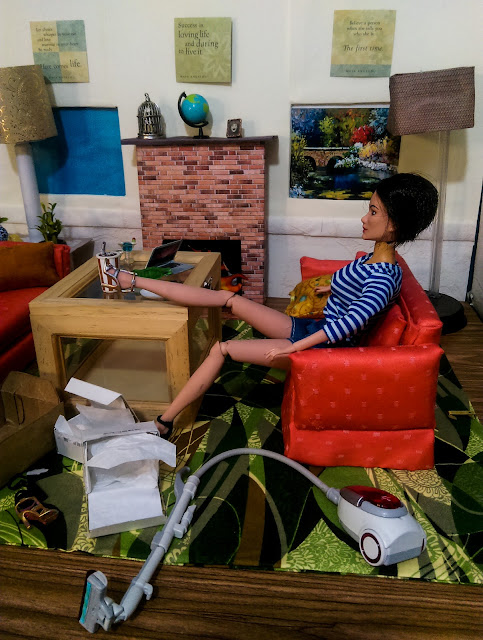 Soracki (Sori to her friends),  is an ambitious entrepreneur from Moldova.  She is cleaning her home when a package is delivered.  It's shoes she plans to sell in her newly renovated basement Home Salon Boutique.  Of course, she has to try them on! The in-home salon/boutique has been a dream of hers since she was very young and playing with her sisters and brothers.  She'd style their hair and dress them up in whatever she could find and pretend to go to a grand ball - it was great fun!   She gets a little weepy thinking of all she's been through to get this far.  The Home Salon Boutique has been several years in the making and opening day is next week.   She has to admit it feels extremely good to know she has realized her dream all by herself!  She wishes she could share her success with her family.  But knows, all too well, that is not an option.  'Not with those crazies', she sighs ruefully.    OPENING DAY! The champagne and s nacks a 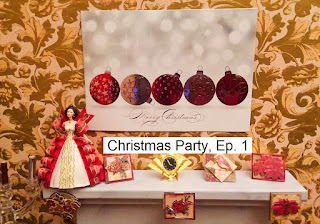 Alphea  Cooper  is known for her elaborate and engaging parties.  Attendees are assured delectable eats, splendid decorations and an impressive guest list of charming and accomplished folks.    She's even hired a service to park cars and greet guests and collect their things before ushering them in.   SHERRY:"Oooh, look at this sleigh!" BRANDON: " Wow, cool!  I wonder if there's anything in the presents" SHERRY: " Knowing my mom, I'd say yes, and probably something for everyone" BRANDON:  Your mom?  Alphea is your mother? SHERRY: (giggling as she turns to face Brandon) Yep, she sur...(stops and gasps) Oh my gawd.  You look just like someone I know.  Do you have a twin brother named Gil? BRANDON: No, not that I'm aware of. SHERRY:  Geez, this is amazing.  You have a doppelganger right here in town.  Except he doesn't have a mustache. BRANDON:  That is amazing.  I'm Brandon and you are...? SHERRY: (ext